As with almost any primarily female concern, if there is an anxiety, pinterest will exploit it. The site/app may have stamped out the community that previously used it as a haven for eating disorder fueled “thinspo”, but pinterest’s format – and more importantly, its algorithm – is still perfect for fueling anxieties about appearance and associated behaviors that, coincidentally, can be temporarily sated with commercial products.

As a long-time casual pinterest user, I’m no stranger to this phenomenon. Pinterest’s extremely well-targeted and aggressive algorithm tracks the images you click on and seemingly even the ones you hover over, and figures out after only one or two clicks exactly what it was about that image that drew you in. When it’s an image of a lovely sun-dappled apartment, not only will your next login greet you with five more just like it, but it might even find you other instances of that same apartment, from different angles. I imagine there’s a typical progression for pinterest users like myself, that takes you from casually browsing wedding photos to planning said wedding using the app, to learning about baby products, to learning about parenting and children’s crafts. And of course there are the mainstays – diet and exercise tips, and the ever-present fashion photos and inspirational quotes.

Hair care is an obvious subset of several of these categories, from fashion hair photos that you might show your barber, to wedding hairstyles, to “what do I do with my hair now that I’m a mom and I have no time to shower?”

I’m not sure what exactly I did that triggered my first image of beautiful, full, corkscrew curls, but once I clicked on it, that was the end of all other topics in my feed. This isn’t just a matter of immaculately styled hair – curly hair is a complicated and fraught issue that has its own language and set of identity. Are you a 2c? A 4a? Do you have porous hair? Are you into the curly girl method, or do you go more natural? When did you decide to love your curls? The vocabulary gets religious very quickly.

You can’t really blame curly-haired women for the level of fervor in their discussions about their own hair. Curly hair is a double-edged sword steeped in racial connotations. Curly hair doesn’t look “professional” and yet women who don’t have it often wish they did – evidenced by the cyclical popularity of curling and crimping irons. But women who have curly hair often hide it, evidenced by the eternal popularity of straightening irons. But worse than having curly hair is having curly hair that doesn’t fit the platonic idea of curls – frizzy, wispy, inconsistently-shaped curls are what hags look like, not the smooth, tight rounds and waves of a Boticelli painting. 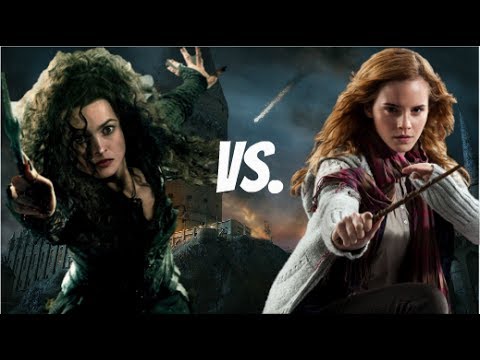 Every woman with curly hair thinks that all other curly-haired women have some great secret to making their hair look beautiful, and she must hunt down all the secrets and compile them together, like some kind of mystical object that holds the ultimate secret to “good hair” And yes, I use this term knowing how extremely racially loaded it is. That’s exactly the point – anxieties about how women are read by society at large, both within and without of their own social groups, get compounded into the simple presentation of their hair.

Pinterest must have picked up on my recent hair woes – I think I was casually browsing another site for recommendations for curl products, and I’m sure this browsing history made it into pinterest’s algorithm cache for my account. I’m actually doing remarkably well with respect to my hair lately. After teenage years resigned to having truly massive hair, I learned to really love my curls, crimps, and waves (when my hair was long I had all three at once), but as I got older my hair got softer and less curly. And I’ve had very strong emotions about that change. It was part of my identity – it was a point of pride that I didn’t straighten my hair, and eventually I embraced it as a signal of my Ashkenazi heritage. My curls were often a beacon to other curly-haired women – we’d been through the same crap, and we wanted to commiserate and trade tips. But I finally realized a few years ago that having straighter, smoother hair meant I could finally experiment with it in all the ways that I’d wanted to when I was younger. I started side-parting (there was no Lorde when I was a teenager to model the fabulous voluminous curly side part), 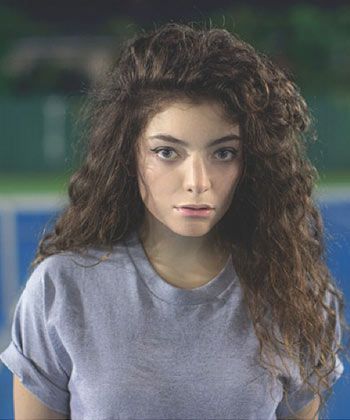 and I even got a very dramatic undercut. And then I got pregnant and I kind of forgot about my hair for a while. A lot of women have told me that their hair changed significantly during or after pregnancy, and it wasn’t until almost a month postpartum that I realized mine shockingly hadn’t. It was still thick and smooth, falling easily into big Shirly Temple corkscrews. But then I moved across the country and I started to get a bit more stressed and the weather got cold, and now I’m finding that my scalp is dry and itchy and my hair is limp and flyaway – especially irritating when it’s short and the one lock in the front keeps getting in my eyes.

So I bit. I clicked on the image in my pinterest feed – the one of the woman with Merida curls and the caption “my curly girl hair routine”. I didn’t learn any of the curl vocabulary until my hair had already gotten much straighter. Curls are classified – yes, like an almost periodic table of hair, with a number and a letter. 1 is straight, 2 is wavy, 3 is curly, and 4 is kinky. A, B, and C are relative grades within each of those categories. As a teenager I was between 3B and C. Now I’m dangling off the edge of curliness at 3A bordering on 2C – horror! How can I edge myself back onto that cozy 3 shelf? Is there a product? A method?

The last time I got my hair cut, I was shocked to discover that the hairdresser, who claimed to know how to cut curls, didn’t know about twisting or scrunching, and was horrified at the idea of using thinning shears – all essential aspects of curl styling. For women who “wear their hair curly”, the morning styling routine is often an exact process of co-wash, conditioner, just the right amount of water and/or steam at the right temperature, then a setting product applied according to the proper technique, whether raking or smoothing or scrunching. Out of the shower, the hair must be dried the right way – maybe blotted with a microfiber towel, maybe delicately squeezed – and then given more styling product, then set with clips or twisted, and left to air dry or dried with a diffuser. And that’s on a day that they wash their hair – upkeep days are more complicated. And here I am, washing and combing and air-drying my hair – I didn’t even know what conditioner was until I was 10.

Women who have posted to pinterest about their curly hair routines can give you advice about styling and caring for any curly hair type, but what really fascinates me is the emotion, the angst, behind these posts. Women talk about their bad hair days like they struggle with addiction or mental illness – those are days to power through with inspiration and support from friends. They look back on their old pictures with pride for their progress, even when they feel they’re not achieving their goals.

I understand. I look back through my old pictures with longing for those tight curls that lasted for days. I am mystified by the change. I am strangely sad, as if I’ve lost a part of myself. So in pursuit of lost curls, I engaged in the now time-honored tradition of the pinterest hack. I deep-conditioned my hair with olive oil. Surprisingly, it did something! It wasn’t my old hair, but my roots felt less dry and wispy. So I went further. I traded out my towel for a tshirt (just for my hair). I’ve committed to using shampoo no more than every third day, and even then only if it feels greasy. I broke out my curl styling gel. I don’t do any of these things normally – it’s part of an approach to self-care that, partially out of principle, partially out of laziness, has the most low-maintenance daily routine possible. I don’t wear makeup except on special occasions. I pick haircuts that don’t require any kind of styling. At this point, I typically forget to put on jewelry, even though I actually really like wearing it. Maybe its my difficulty being consistent. Or maybe it’s a deep-seated yet debunked concern that I won’t be taken seriously intellectually if I look too put together. So I want to look like I care enough to comb my hair but not so much that I got up early to do it. Because if I got up early to comb my hair, I must be perfectly prepared in everything else, right? Maybe on some level I simply feel that if I have to try to make my hair curl nicely then it’s not really curly and I’m just faking it. Like women who bleach their hair in their 40s because they were blonde as children. I should be living in the present, coming to terms with how I look now.

So even in terms of aesthetics, this becomes a bigger issue than just making my hair look like I want it to. It starts to creep into my feelings about my post-pregnancy body. I start to worry about my skin. Once you start to pay too much attention to one thing that’s wrong with your body, you start to notice everything.

The emotions spiral, and I take a deep breath. Find a nice photo, take it to the hair salon. Get a reasonable hair cut. Be direct but affable. Don’t let this get to you. Pinterest does not own your emotions. You’re still you.