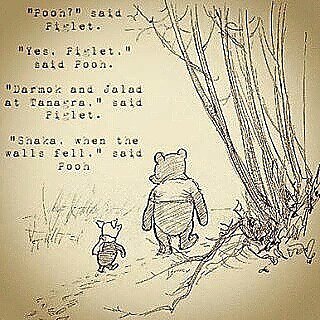 Haven’t you heard? The universal translators are coming.

Maybe it’s Google Translate, maybe it’s a competitor. But one way or another, learning a foreign language is going to be obsolete, and we’ll finally overcome the curse of the tower of Babel. 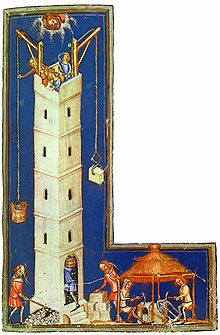 Finally, people will no longer be separated by our silly arbitrary differences, because we’ll all speak the same language.

If you’re a fan of Star Trek, you know that’s not the case.

I think Star Trek generally has a pretty superficial understanding of culture, but its efforts to explore it at least offer some good conversation points. The key to Trek’s unified and peaceful Earth (and the Enterprise’s ability to constantly interact with new life forms on new worlds) is the technology of a universal translator – a computer that automatically renders unfamiliar languages into a being’s native tongue. There are a few points where the various Trek series problematize this conceit, and undoubtedly the most iconic is the episode of Star Trek: The Next Generation (TNG)  titled “Darmok”.

In “Darmok”, Captain Picard encounters a ship from a distant planet, the crew of which speaks a language the universal translator can’t make sense of. The problem is that the Enterprise’s crew can understand the literal words the aliens are using, but their syntax (the structure of their language) is so different that their computer can’t cause it to make sense to them. The alien captain decides to take drastic action and transports himself and Picard to a planet with a horrible bloodthirsty monster, forcing the two captains to learn how to communicate so they can defeat the beast in what is essentially the worst office team-building retreat ever. Picard learns that the aliens communicate entirely in references – they express most actions and concepts in terms of allegorical stories, so that simple words in English like “understanding” or “failure” are conveyed by the names of famous mythological and historical figures. In the end, the alien captain is killed by the monster, but Picard has learned enough of his language to leave the alien crew on relatively good terms.

There are so many problems with this story – like the typical Trekian white man’s burden plotline that makes it so that the Enterprise crew has to learn the alien language and not the other way around, or the armed conflict that ensues when the two ships can’t understand each other – but the thesis of the episode is solid. The two captains only learn to communicate through a shared experience, because the complexity of the alien language requires both the speaker and the listener to understand the context. It’s not clear whether Trek presents this story as just a weird exception to the success of a universal translator, or if it wants to problematize the technology as a whole. But certainly this is a point that applies to translation broadly, and it offers a nice illustration of why an algorithm could never fully replace knowing a foreign language.

What “Darmok” gets right about language is that both syntax and vocabulary are so complex that to understand them, the speaker has to have a common reference point. This is an aspect of language that Americans and Europeans often miss because we typically only learn or hear languages that are fairly close to our own – European languages such as Romance and Germanic languages that not only have common roots but also intersecting histories that resulted in common vocabularies. But of course there are many languages spoken in the West that do not belong to these families, since cultures from all around the world are represented and have been for hundreds of years, and the native languages of the Americas are completely different from any of these. So it’s often a shock for native speakers of European languages to really come into contact with a different language family for the first time and understand just how vast and diverse human communication can be.

I tried to articulate this point often when I was learning Japanese, that what made it hard wasn’t the words – Japanese has relatively simple syntax and grammar in comparison to English, as well as fewer sounds and a more consistent vocabulary – it was how conceptually different the language was. The best example of this I can give is how to say “I like” in Japanese vs. English. In English, you express your pleasure with something as a verb. But in Japanese, you do it with an adjective that is tacked onto the word in question, in order to say something that most literally translates to “this thing has the quality of being liked by me”. If you are an English-speaker learning Japanese in a classroom setting, this is a construction you typically can’t learn until you already understand nouns, verbs, adjectives, possessives, and subject-object relationships. So what is a fairly basic concept, and perhaps one of the simplest things humans express, can be extremely difficult to learn as an outsider who has not been raised to think in that language. My Japanese professor was fond of saying “Japanese is easy!” because of how uncomplicated its constructions are. But simple and easy are not the same thing, and something that is simple but very foreign can often be harder to understand because as a student you have no way to get into it as a concept.

I think about these linguistic differences a lot in my work tracking the transmission of scientific ideas from Arabic to Latin in the medieval Mediterranean. The simple explanation for how complex theories about physics, natural philosophy, medicine, alchemy, and math arrived in Latin is that a few dedicated individuals sat down and translated texts about these theories from Arabic into Latin. But why? Why would they put in the effort to translate these texts if they didn’t already know anything about these concepts, why would they think these texts had anything of value in them? And why would these particular individuals translate something the themselves could already read?

[I’ve included this video because I think it’s mostly simplistic and wrong. Watch at your own risk.]

Maybe it’s because I get caught up in these questions of why that I’ve left the “how” to other scholars. Because I’m so awed by the magnitude of the task that is translation that I’m pretty sure translation just didn’t happen. Yes, here and there, these texts got a translation. But that’s not how these ideas ended up in a different language. They ended up there through shared experiences – people talking to other individuals in broken sentences and hand gestures and drawings, people getting access to mathematical equations and medical herbs. For example: In the 13th century, Latin-readers in France started to reproduce or get original copies of manuscripts from southern Italy that talked about Arabic medicine. This kind of medicine was widely in practice in southern Italy, but it was new to France.

One of the typical things a physician might do with a patient is collect a urine sample in a glass flask, and then look at it to see its color and texture and diagnose any issues with the kidneys or digestion. So when southern-Italian medical texts talked about what a physician might learn from looking at urine, they don’t even mention the flask or how the sample is collected. They just talk about urine. Because they assume you know what a urine flask is, the same way I assume that if you are reading this you know what a stethoscope is and I don’t have to explain how your doctor takes your pulse. Because the French readers didn’t know about urine flasks, manuscript makers started drawing pictures of doctors looking at urine flasks at the beginning of these manuscripts, so that their readers would know what the texts were talking about. So southern Italian physicians learned about urine flasks just from the shared experience of using them, but it wasn’t until the texts they wrote moved into a different geographical context that they needed an actual explanation (in the form of a picture) for this new technology.

This is the mechanic of translation. A translation isn’t just about taking a word and finding the equivalent word in a different language. That’s often referred to as one-to-one translation, and it’s just not possible very often. Even with similar languages, there are all these cultural factors that influence the way a word functions in a sentence or is perceived in its practical meaning. And on top of that, language is very frequently metaphorical with idioms, slang, references, and stories. There’s a reason that there are linguists and also linguistic anthropologists – one is studying the functional mechanics of language, and the other is studying the actual use of those mechanics.

Consider one of the most recent modern languages: memes. Memes have a lot to do with medieval ways of communicating – and with Darmok, for that matter. At the risk of over-explaining pop culture – a meme is almost incomprehensible without its context. The way that memes have been formalized into a language in the current internet makes it so that as an internet user you can’t just see a meme and know what it says, even if you understand the words written on it. There’s a complex meaning to the specific image of the meme and the format of the words used in it that conveys how the meme’s creator means those words. A meme has cultural reproducibility because it’s referential, not because it’s profound. And this form of reference has become its own mode of communication that can only be bought into through repetition and familiarity. So even in one of our most common forms of modern communication, words themselves hardly matter, because their meaning comes entirely from context.

So language is so much more complicated than basic variables plugged into a known formula – it needs the vast context of shared experience and knowledge that we call culture. And that can’t be communicated in an algorithm. It simply has to be experienced.