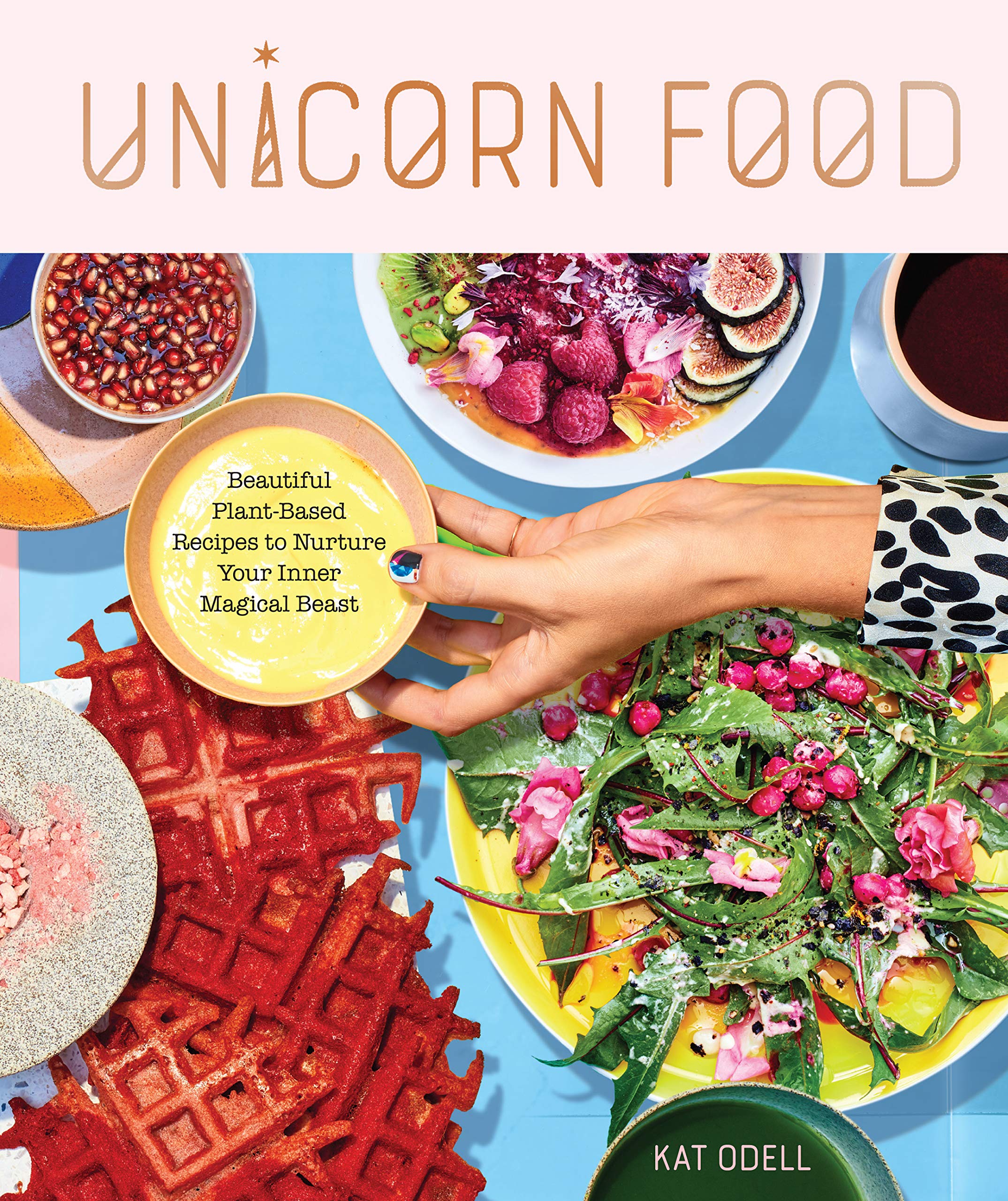 Let me rant at you about a 10-month old podcast episode.Recently, I’ve been listening to the Cookery by the Book podcast, which is a well-meaning series of interviews with cookbook authors. It’s lovely and it tries hard to represent a wide range of perspectives on food in terms of culture, class, race, and gender, as well as cookbooks aimed at wealthy restaurant patrons or clueless home cooks. I like to have it on in the background while I’m knitting or doing chores. But I really perked up during the episode from December 10th, 2018, on  Unicorn Food by Kat Odell. Man, was this episode a bait and switch.

Unicorn food. I was expecting a book about multicolored cupcakes. Which I already think is silly, if mostly harmless. But it turns out that Kat Odell’s unicorn food is all about “natural” and “clean” eating, so she is obsessed with rare ingredients that naturally create bright colors, like blue spirulina. And while she loves these bright colors, her food is much more about what she deems to be healthy, which comes across in this exchange in which she discusses her favorite sugar.

Q:What’s the cleanest sugar that you use?

Odell: So my personal favorite, which is a little bit expensive and hard to find, is something called yacon syrup. Yacon comes from a South American root, and it’s extremely low on the glycemic index. So, if stevia, which I don’t like, is a 0 glycemic index tax, and honey, maple syrup are maybe in the 30s, 40s, yacon is a 1. So it’s really really really low. And what’s also awesome about yacon is it’s a prebiotic fiber, which means it feeds the bacteria in your gut, you know, it serves as food for them – you’ve probably heard about prebiotic fiber- prebiotic vs. probiotic? And then also the structure of yacon syrup is so complex that our bodies can’t fully digest it, which means it passes through.

There’s nothing inherently wrong with this perspective – again, it seems more silly than harmful. But it was when she tried to justify why you could cook without these ingredients that I started to realize what was hiding underneath all the needlessly colorful food. Susy Chase, the host, prompted,

You’ve built your pantry at home around ingredients like medicinal mushrooms or protein rich seeds. But the great thing is you don’t necessarily need all these whacky ingredients to make the recipes in the book. Talk a bit about that.

Yeah. Sure. So the way that we structured these recipes was, you know, first and foremost, they’re good for you regardless of whether you’re able to spike them with these extra healthy ingredients. So they’re going to be really healthy and fun and delicious. But… if you want to seek these out then you’ll get an extra dose of nutritional benefit. But, but, the reason we did that is because they are pretty… some ingredients more than others… are a bit esoteric and they can also be a bit pricy. And for the most part you can find all of these on at least Amazon, but if somebody doesn’t want to go out and spend fifty bucks on you know like a jar of chaga, then they could still make whatever this other recipe without adding it. Because you know more than anything else a lot of these ingredients, like medicinal mushrooms, are not really imparting a flavor they’re just more adding a nutritional component. However, in the case of, like, matcha, that would be adding… that would be adding a flavor. So the ones that are not necessarily adding a flavor and they’re just trying to- they’re just boosting the nutritional content of a recipe, we added in for certain recipes – like we added in for certain recipes a little spoon that shows you can spike a certain recipe by adding these extra ingredients, but you can still make the recipe and have the same flavor without them.

Odell’s perspective on these “extra ingredients” is not that they’re unnecessary, but that they’re only necessary for those who are health-conscious enough to spend a tremendous amount of money on them. The recipes are still healthy, she says, just not as healthy as if you add an expensive ingredient. And she poses the omission of these expenses as a choice: “if you want to seek them out” or “if somebody doesn’t want to go out and spend fifty bucks”. This struck me as the most shockingly explicit equation of wealth and nutrition. It’s so far beyond the patronizing questions about why poor people feed their children McDonald’s, because it says even if you are doing exactly what we tell you to and eating the food we have told you to make, you are still not healthy enough unless you are also adding in expensive and rare foods that will bring them to health nirvana.

Maybe Odell just wants people to know about the secrets of really healthy ingredients (although she doesn’t like the term “superfood”, which she says is overused). After all, her true commitment is to wholesome eating, right? Why then, does she refuse to call her book vegan?

Chase: So these recipes in the cookbook are  almost vegan. What does that mean?

Odell: So, I hate the word vegan because, to me, veganism references like the 60s and 70s, and that’s when people were eating a lot of really processed foods that were devoid of animal products, like seitan and tofu and, um, I don’t really eat those foods. And I’m more of a plant based eater, so I technically- I pretty much … you know, right now for me, for my job, I eat pretty much everything, but at home I’m a very very healthy, very clean eater. So- and I mostly just eat fresh, wholesome ingredients, fruits and vegetables. So for me there’s a big difference between – technically, you know you can still call this book vegan, but I – but in my opinion, veganism encompasses a term which references another genre of food which I don’t include in this book, very intentionally. So it doesn’t have any of those processed ingredients. And it’s really just about clean, wholesome, healthful ingredients, straight from the earth, you know, that haven’t been treated or processed in any way.

So, for Odell, even veganism isn’t healthy enough because it involves too much processed food. Which, frankly, is a perspective I agree with. But she makes this claim while also noting that she isn’t vegan all the time – it’s an option for her that only exists in her private world at home. And she also says this after waxing poetic about how she loves to make nut milk and then spends 5 minutes explaining a sugar that costs $2.12 per oz and is produced using an evaporator, the same machine used to make maple syrup (maple syrup is about $1.30 per oz). So it is completely disingenuous, or perhaps oblivious, to refer to her favorite foods as unprocessed, or scoff at the alternative proteins of those who eat vegan all the time.

The idea that health food is for the wealthy is nothing new. That’s the entire premise of Goop and all its critics. What I found surprisingly insidious about  Unicorn Food was that this health=wealth mentality was hiding under fluffy purple almond milk, a food trend that is typically more about look than taste, and indulgence than health. I thought it was incongruous to mash together the wellness industry’s cold, sterile perfection with the colorful vomit of unicorn food. And then I realized that of course these two things are the same, because they’re both about aesthetic. And by aesthetic, I mean  performance (sorry).

It’s not important what these foods do to your body, but rather what other people see you doing to your body with these foods. You’re not supposed to buy health foods in spite of their high prices, but because of them, in just the same way that unicorn food is supposed to taste better because it’s purple swirls. And if you can’t afford these things, or you don’t have the time or skill to make them, they become an aspiration, a representation of all the things you wish you could be but aren’t. It shouldn’t surprise me to discover that Odell has an Instagram account that Chase describes as all of her food and travel goals, or that when asked about recently moving to Dubai for her boyfriend’s business ventures, Odell jokingly referred to herself as homeless.

I say again, there’s nothing inherently harmful about either of these ideas. You could just ignore them. But it’s still easy to get swept up in the aesthetic, to believe that you are less because you can’t or don’t want to participate in these trends. And when the aesthetics of all of these different movements are so wide ranging and seemingly opposed, it can be hard to see them for what they are. 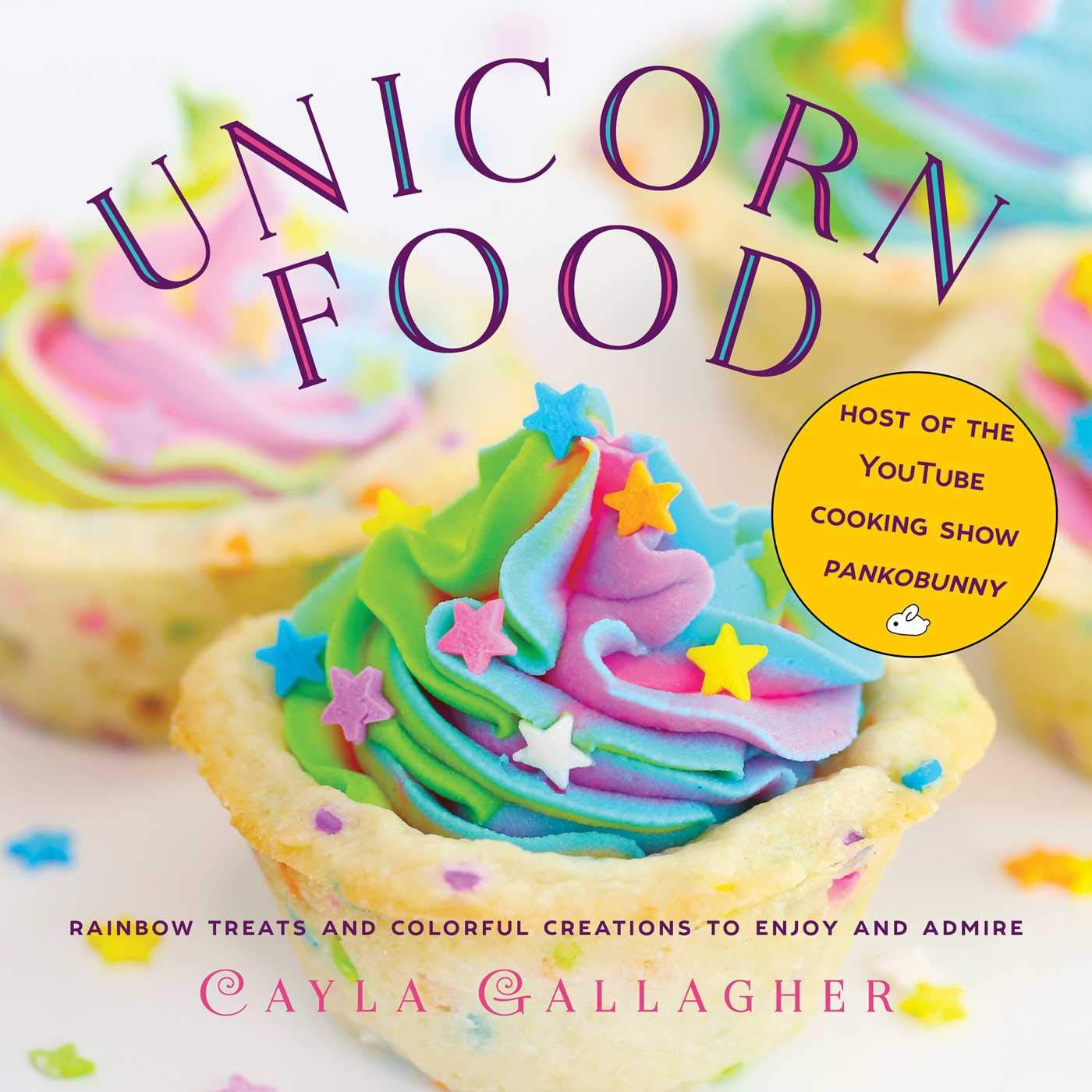