A while back I wrote about playing emotional video games. This week it turned out I was playing one that I was not prepared for. 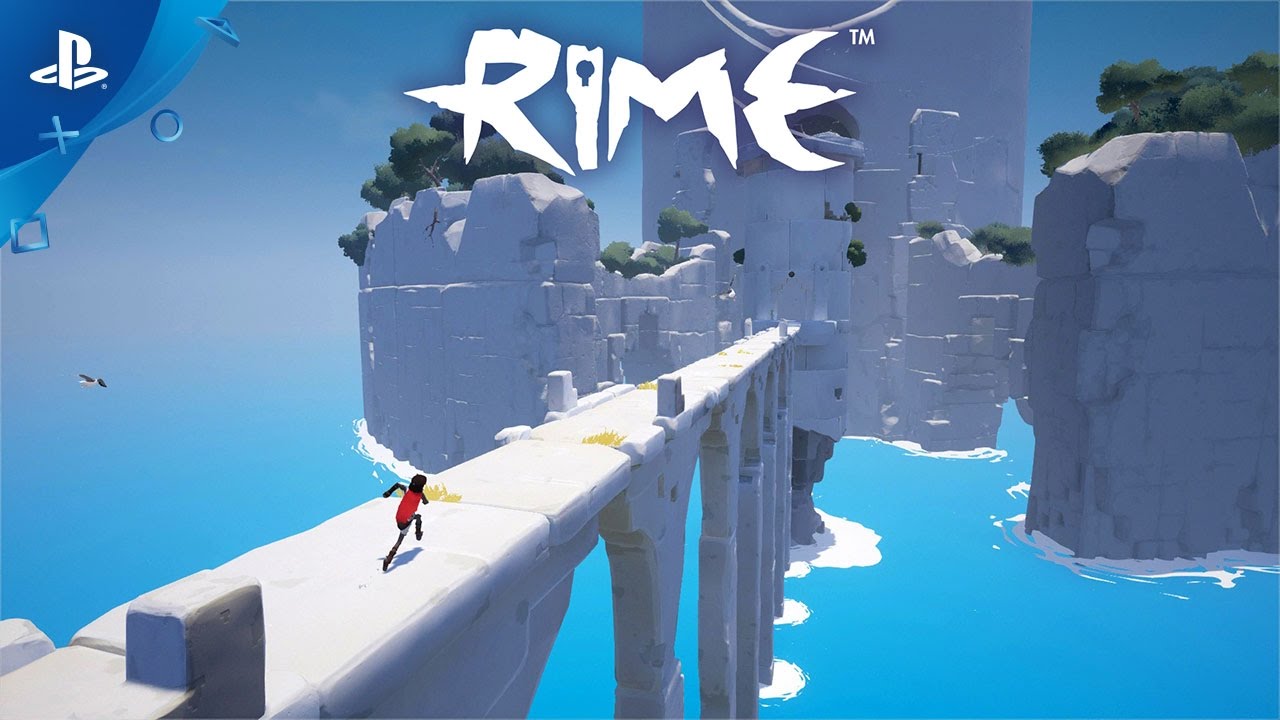 This post has major spoilers for the game RiME.

I started playing RiME probably about a year ago – my husband and I got it for free with xbox live gold (something you have when you are married to someone in the video game industry). We started playing it together and almost immediately lost interest, and I picked it up again this week because I needed an immersive activity in my down time.

As a game, I would give RiME a B. It’s a puzzle platformer with a background narrative and a lot of cut scenes. It seems to be a Zelda imitation, but without the production quality. The gameplay is frustrating – the controls are laggy and inconsistent, with an environment that is too large for the fact that it doesn’t have a map and yet not fleshed out enough. There are 3 different sets of collectibles in the game, but there’s no motivation throughout the game to actually go looking for them. Their purpose only becomes clear at the very end, and even then they don’t add much. Despite my frustrations, I kept playing the game to the end because I needed something to do that wasn’t physical and wouldn’t let my mind wander too much.

The cut scenes in RiME tell the story of a young boy shipwrecked on an island, after his father, a mysterious figure in a red cloak, was lost in a storm at sea. The gameplay of RiME positions the boy in a fantasy world through which you as the player are guided by a fox spirit, who I kept referring to as “Fox Pillow” based on the fact that he looks like a pillow we have in our house that is basically a stuffed animal fox (made by Three Bad Seeds).

Fox Pillow and Baby Fox Pillow, the knock-off I made for my kids.

Over the course of the game, you climb progressively higher in a tower on the island and unlock more of the memory of the shipwreck. The game has a theme of light and shadow – you have the power to release light spirits from glowing statues and to use them to lead you along a path. Eventually your goal becomes to use the light spirits, as well as some giant robots with lantern eyes, to chase away dark spirits. In the last level of the game, when you think you’ve unlocked a weapon that will get rid of all the dark spirits, the narrative is flipped on its head. You become a dark spirit instead. And what’s more, it turns out that you’re not the boy – you’re the father. It was the boy who was lost in the storm, and the game has been some combination of the boy trapped in a spirit world waiting to pass on and the father grieving and being unable to face this painful memory.

I will admit, I really did not see that coming. But, more surprising than the twist ending, was that I really cared. I was blindsided by this, partially because I wasn’t expecting any kind of depth from this game, and partially because I now have children, and with those children has come a preoccupation with death.

I’m not sure how typical my experience of morbid fascination is to new mothers. I think all mothers spend a lot of time imagining the horrible things that could happen to their children, so that we can prevent those things as much as possible. But I also think that at least some part of my particular experience is postpartum depression. Immediately after my kids were born, I felt overwhelmed and detached. And nothing since then has been the kind of stable situation you hope for when you have young kids. My family has moved across the country, I’ve been travelling a lot, and we don’t have much of a local support network. So it’s hard to distinguish between postpartum depression and anxiety-based depression caused by all of these major changes and upheavals. A few months ago, whatever this is got worse, and I started thinking about death a lot. I think about being separated from my children and spouse prematurely. I think about my children dying in horrible ways because I’m not doing enough to protect them. I think about myself dying in horrible ways because life feels more real after you have a baby. And maybe also after you become aware of your mortality when you have a life-threatening condition throughout which you are mostly unconscious (as I did when I suffered complications just after giving birth).

So, thinking about a child dying in a horrible accident is exactly what no parent wants to do, especially not one who feels they don’t have enough time with their kids as it is. But what really made the ending of RiME something I didn’t want to see was the exact vision of death I had the day I finished it. Earlier that day I was driving over the San Mateo bridge with both of my kids sleeping in the back seat. It was pouring, and I noticed how carefully everyone was driving. If you have never spent much time in the Bay Area, the San Mateo bridge is an unbelievably long bridge that stretches the entire width of the San Francisco Bay at its midpoint. It’s fairly low above the water and, especially with the mist over the water, driving onto it distinctly looks like driving off the edge of a highway into an abyss. So I imagined what would happen if for whatever reason I spun off the bridge and the car went into the water. It’s a thought I’ve had before, in part because my dad was once in an accident in which his vehicle completely submerged under water and bobbed back up, and he was able to escape by breaking a window. As a single person, I imagine I would find a way to swim out. But as a mother alone with two infants secured in the back seat, I am paralyzed by the thought – how could I get them out and keep their heads above the water? So, I imagined my kids drowning and then later that day watched a story of a boy drowning, presented as a first-hand memory in which I see through the eyes of his father. And what makes it worse is that Fox Pillow, the guiding fox spirit throughout the game, turns out to be the boy’s actual stuffed fox, just like the one I have and made a mini version of for my kids.

The cynic in me says that this story was used as a gut-punch to add emotional weight to the story. The hopeless romantic says that this is a story inspired by a real father, either by his actual loss or by his fears. And while I’m sympathetic to video games as a story telling medium and the need for these sorts of stories to be told, if only to relieve the memory, I kind of feel like no one ever needs to hear another story about a parent losing a child. Our culture is full of these. Greek mythology alone is 50% parents losing their children. I remember discussing a medieval Germanic folktale in college – the only surviving medieval manuscript of this story is incomplete, so we don’t know how it ends. But we know it’s understood to be a tragedy, and the setup of the ending is a boy facing his father on the battlefield. And based on this my professor insisted that the father must kill the son in the end, because that is the most tragic story. This trope is even the basis for the vast majority of motivational backgrounds in Game of Thrones. The point is, we understand the thrust of this kind of pain. And more often than not, this trope is presented as a father losing a child, a particular representation that we’ve already got plenty of – famously in video games, Heavy Rain is completely about this.

Those of us without children (which was me nine months ago) recognize the tragedy and understand it as well as we can. Those with children never ever want to think about it, because we can’t help thinking about it. And from a mother’s perspective, as I’m learning, this trope is triggering a trauma we hope to never experience but think about all the time nevertheless. Like I said before, I don’t know if imagining so much death is postpartum depression or just a part of motherhood. Postpartum depression is a complicated experience and a broad term for a wide range of feelings. It can be anything from simply feeling distant after the birth of a child to full-blown psychosis. Sometimes I’m not so sure that it’s not just a feeling of loneliness that’s inherent to motherhood – the loneliness that your body is not your own and no one can fully take on your responsibilities for you. A loneliness that can be compounded if you are unable or choose not to breastfeed, or if you give up your child for adoption. A loneliness that I imagine entire generations of women have felt when their male partners take no share of the responsibility and their female relatives just tell them to soldier on. And so imagine the complexity of emotion that must come with the loss of a child when you also experience ambivalence about the duties of motherhood. That’s a story that’s told considerably less, and from where I sit now, I find it almost too triggering to even think it should ever be told at all.

So for the sake of new mothers, I ask that we shelve the dead child trope, and maybe we can revisit it when we’ve figured out how to give women better support.