These results represent nearly 30 years embedded within the society of North America. Although it is a loose confederation of tribal groups, nearly consumed by fighting between factions within their inter-tribal government, I have been amazed to discover the cultural unity within their tradition of sport, known as Foot-ball. Foot-ball is a simplistic and, indeed, war-like game, yet despite its simplicity, members of the society across generations engage in the sport. While every family unit is known to engage in informal games of Foot-ball, there is an entire class of the society whose job is entirely to engage in this leisure activity – these men are praised for their physical prowess and pampered throughout the year, hailed almost as nobility by the rest of the society. This serves as a force for building community and helps to keep this otherwise fractious society together.

The Super Bowl is the culminating event of Foot-ball. It is held in the harshest point of winter, a signal to the forces of nature that this war-like society does not fear the continued ravages of the weather. The Super Bowl is a play on war – more structured, and with low human cost despite the high social stakes of the game. Where Foot-ball itself is a celebration of patriarchy, the Super Bowl is its grandest festival. Each tribe – called a “state” – sends a team of dozens of its most typically masculine males to compete against all the others. These males are groomed from childhood, weeding out the weaker men until only the strongest, fastest, and largest males remain. Indeed, many males are brutally injured in this violent play, and even through their lasting injuries, which  often include brain damage, their people honor their time as play-warriors for generations.

A family at play. Note that the youngest and weakest female has been given a turn as play-general, to teach her through her inevitable failure that her small stature and femininity are not of value to this aspect of society. On the right-hand side, a mother restrains her young son, fearful that he too will be subject to the physical punishment intended for the young female.

The teams face off in an organized tournament that continues on from the start of autumn up until the Super Bowl in mid-winter. The game commences with the teams arranged as if for pitched battle, facing one another in two rows on a field. The play-general for each side launches an attack, and is given several attempts to reach the other team’s territory on the opposite side of the field. Their progress is marked by an oddly-shaped ball, that is pointed at each end like an egg, known itself as the “Foot-ball”. Though the North Americans have recorded much history about their sport, the origin of this ball is unknown in the popular lore – some say it is named for the kicking of the ball that can begin each mock battle, but I believe this simplistic explanation may cover up a darker origin in which the ball originally consisted of wrappings around a severed human foot. This is signaled in the progression of the ball’s composition, which was previously made from a crude leather derived from pigs, an animal whose skin is oddly reminiscent of humans’, and now, due to its popularity and the society’s depleted resources, is made from a manufactured substance meant to mimic the color and texture of that older material, filled with air like a bladder. The gameplay itself is brutish, each participant assigned to attack another from the opposing tribe, with the goal of preventing the opposing general from reaching the far side of the field. To do this, the participants are allowed to tear one another down and attempt to crush them, which is why the males who are elevated to this level of play are unusually large and muscular for this population’s typical physical build.

The game is announced across the whole of the territory occupied by the North Americans, and family units convene in their dwellings and at local gatherings in communal food and alcohol dispensaries to observe the event. A special kind of feast is prepared for this occasion. It takes place in the afternoon, when a meal is not customary, signaling the unique importance of the occasion. The food is a collection of traditional communal dishes amongst this people – typically heavy fair, to represent the energy required by the participants in the sport, and serving the practical purpose of bulking up the body to withstand the continuing winter. The foods are typical of the largest agricultural and animal-raising trends within this society, disproportionately representing bovine products in the form of meat and dairy, as well as containing large quantities of corn, the society’s staple grain. These are combined in a surprisingly large number of ways, with meat prepared whole, cut into small pieces, or ground, and cooked in fat and served in milk sauces or alongside cheeses. The corn too is used in many creative ways – the whole kernel is harvested or eaten off of the inedible core, or it is dried and then ground into a meal and cooked into simple hard cakes. In some cases, specialists will prepare sauces sweetened with the corn, which the average populace has available in their homes. These feasts are prepared by the females, again a nod to the patriarchal structure. The males are even given priority in observing the contest, and many artistic representations from this society show the males seated in the center of the home while females prepare foodstuffs and watch from afar.

A photographic depiction of a domestic gathering in honor of the Super Bowl. The males are seated, while a female supplies a meat patty served with cheese and soft bread. The male on the left holds a traditional fermented grain drink, while the male on the right displays a “Foot-ball”. In front, a bowl of the traditional hard corn cakes, with sour fruit sauce.

Curiously, the sport is given a pause to host a musical performance by another celebrated individual elevated from among the populace. This performance is held inside the arena, and often incorporates small, contained explosions to simulate warfare as well. The musician can be male or female, as both have praise to offer the play-warriors, and despite this society’s patriarchal values, the performance of either is intensely sexual and meant to titillate. 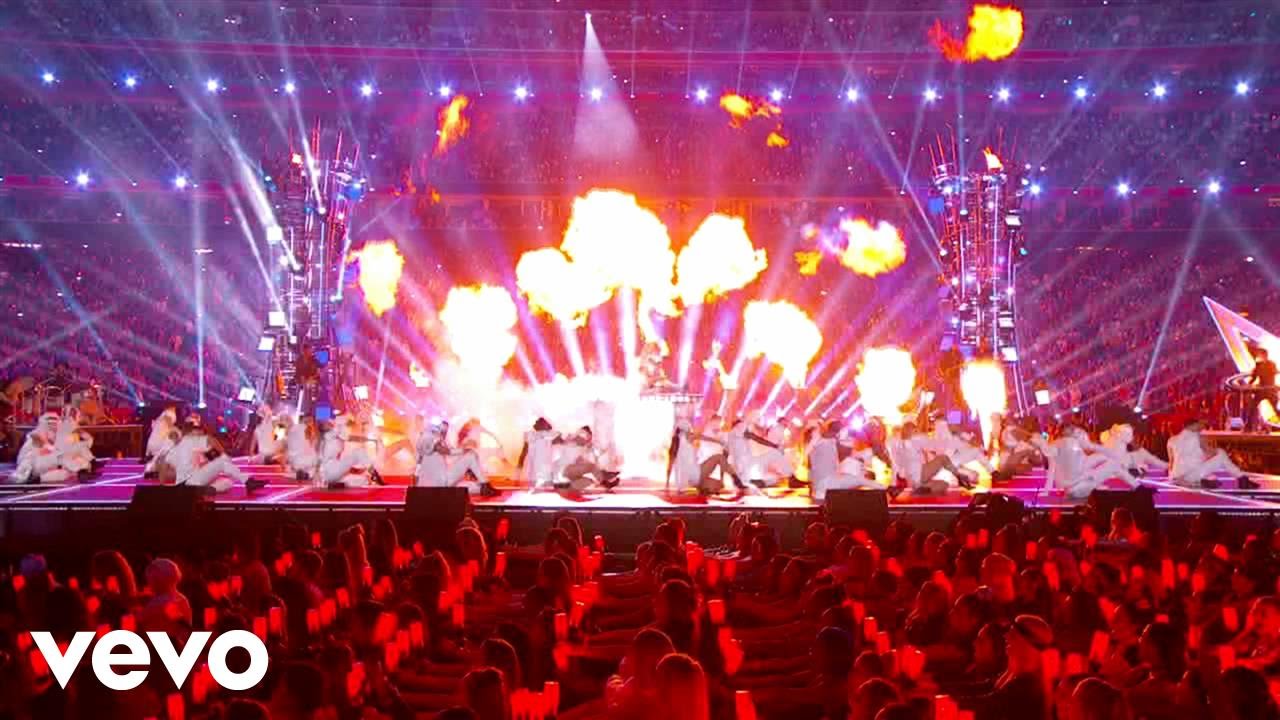 The musical interlude, with controlled explosions and performers in simulated sexual positions.

In recent years, as the sport has been made visible in the individual domicile, it is often accompanied by a great deal of talk and commentary from yet more of the populace whose jobs are to communicate the happenings of the sport and this musical interlude to the people. This commentary can focus on nearly any aspect of the event, including the musical performance to the exclusion of the sport itself. Leading up to the event, some of these intermediaries even give instructions for preparing the feast, and many try to predict which tribes will be represented and which will be declared victorious.

An intermediary reflects on the musical performance.

At the end of the tournament, a winner is named, and both the representative team and its tribe are honored by the rest of the society. The team is often marched through the center of their tribe’s most populous city, as the rest of the tribe celebrates them with much fanfare – hooting and yelling, along with tiny torn pieces of paper thrown from up high, as is their custom. The representative teams are often given a special audience with the primarch chief of all the tribes. However, in the last year of my observation, the tournament of 2019, political division among the tribes cast great dispersions on this event, and the primarch received much criticism from the intermediaries for preparing an inadequately grand feast in honor of the victorious team.

It has been a curious privilege to observe this unique custom for so many years. Indeed, the event of the Super Bowl offers a window into the society of North America – its love of division and violence, its celebration of masculinity to that end, and its defiance in the face of even the forces of nature. Strangely, I too find myself eager to follow the developments in the coming year’s tournament, and I take comfort in the memory and the continued conversation of last year’s event as the harsh winter refuses to recede.